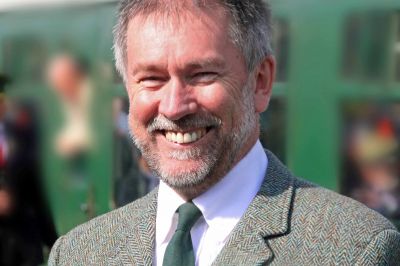 Dedicated Swanage Railway volunteers have postponed their planned trial diesel train service to the main line at Wareham until the summer of 2023 because of challenging trading conditions and economic uncertainty.

It had been hoped to operate the 90-selected day trial public service – using restored 1950s British Railways heritage diesel multiple units upgraded for main line running – during the summer of 2022.

Delays in completing the Swanage Railway’s submission to the Government’s Office of Rail and Road (ORR) to obtain permission to run the trains, the option of bringing in a contractor to operate the trains being uneconomic and main line passenger numbers having not returned to pre-Covid levels – have prompted the postponement decision.

Swanage Railway chairman Gavin Johns said: “We can only run trains to Wareham when the conditions are commercially viable and it’s important that we operate the trial as economically as possible and when commercial conditions are at their best.

“We will continue with our main line train operating licence application to the Office of Rail and Road as quickly as practicable.

"The Swanage Railway's business is still recovering from Covid, which badly affected customer and staff confidence, against a background of challenging trading conditions and economic uncertainty.

“Trading conditions during 2022 are very unpredictable because they are being heavily affected by significant prices rises being borne by our customers and our business – such as the increased cost of coal – as well as the tragedy unfolding in the Ukraine.

“The current challenging economic reality has affected our plans for operating a trial 90-selected day trial train service from Swanage and Corfe Castle to the main line at Wareham during 2022 and we are working to deliver that service during 2023, trading and economic conditions permitting.

“The business case does not currently exist to place external contracts to provide the trial train service to Wareham but we remain fully committed to securing all necessary consents and commencing services with a view to operating to Wareham during 2023. This is the most pragmatic way to proceed,” added Mr Johns who is a volunteer Swanage Railway signalman.

A 60-selected day trial train service from Swanage and Corfe Castle to Wareham operated during the summer of 2017 using heritage diesel locomotives and carriages hired in as well as the contracting of a main line train company to operate the trains.

Gavin Johns explained: “The extensive work required to put in an application to the Office for Road and Rail (ORR) for operating trains to Wareham has been very detailed and has taken longer than expected – it has probably been the most challenging project in the 45-year history of the Swanage Railway.

“Trading conditions and economic uncertainties permitting, we plan to run a 90-selected day trial train service to the main line Wareham during 2023.

“I would like to thank everyone who has worked so hard on the Wareham project which has been a Swanage Railway ambition since British Rail closed the branch line to Corfe Castle and Swanage in January, 1972,” he added.

The two 1950s former British Railways heritage diesel multiple unit trains that the Swanage Railway has refurbished and upgraded, for running on to the main line at Wareham, are a three-carriage Class 117 and a one-carriage Class 121 ‘Bubble Car’.