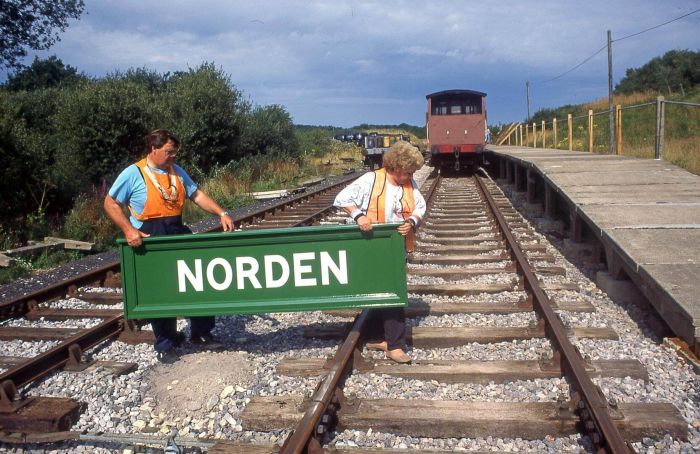 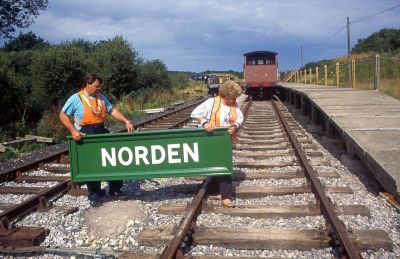 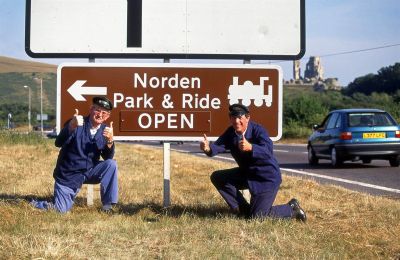 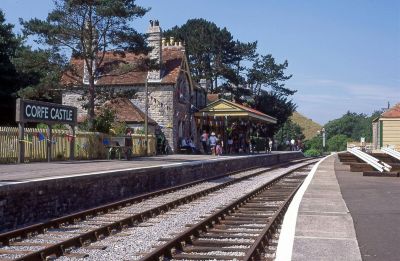 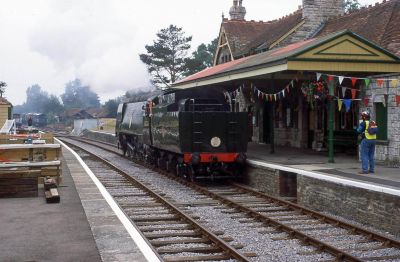 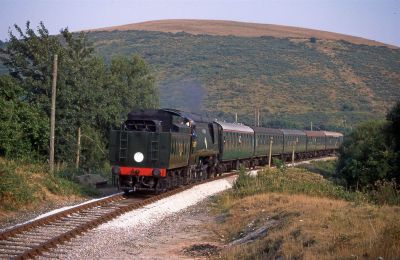 Swanage Railway volunteers are celebrating an important anniversary in the development of the award-winning heritage line through the Isle of Purbeck – the twentieth anniversary of the first passenger trains to Corfe Castle and Norden.

An important achievement in the development of the Swanage Railway is being celebrated by the heritage line's volunteers and staff – the twentieth anniversary of the first passenger trains to Corfe Castle and Norden.

The hot and sunny morning of Saturday, 12 August, 1995 – truly 'the Glorious Twelfth' – saw the first passenger trains ran from Swanage to Norden and Norden back to Swanage.

And in the 20 years that have followed, some four million passengers have taken the train from Norden and Corfe Castle down to Swanage – taking traffic off the narrow and winding A351 road to the picture postcard village and the seaside town.

It was the first time that a passenger train had run to Corfe Castle since the last British Rail train on the cold night of Saturday, 1 January, 1972 – the tracks being ripped up for scrap that summer.

By the end of the first week of extended passenger train operations, 20,000 passengers were carried to Corfe Castle and beyond to Norden where Purbeck District Council had built the first phase of its successful park and ride car park.

"We've made it!" was the simple phrase that could be heard on many lips on that incredible, exciting and moving day twenty years ago.

And the Swanage Railway really had made it against all the odds.

The disused railway trackbed was still one of four possible routes for a long-awaited Corfe Castle bypass until the mid-1980s.

The first Swanage to Corfe Castle and Norden train – which left Swanage at 9.30am to the sound of bells being run at St Mary's Church next to the station – was hauled by 1905-built London and South Western Railway M7 class tank No. 30053 with driver Ron Roberts at the controls and Steve Dyer as his fireman.

After all the waiting, the hoping, the fund raising, the hard physical work, the cajoling, the convincing, the persuading, the negotiating, the dreaming, the planning, the worrying, the doubts, the fears – and at times despair – it all finally happened just a few minutes before 10am when the first steam train rolled into Corfe Castle from Swanage.

With one of the train's packed carriages containing Premier Life members, the Mayor of Swanage – Councillor Julie Wheeldon – handed a commemorative scroll marking the historic occasion to Corfe Castle Parish Council vice-chairman Les Hayward who was a keen railway supporter.

In the words of an elated Les: "You have all done a wonderful job. Now you have a railway that goes from somewhere to somewhere!"

Chairman of Purbeck District Council's planning committee, Les Hayward was the grandson of former Corfe Castle station master Dicky Dawe who was in the job during the late 1940s and early 1950s.

The feelings of the Mayor of Swanage – who admitted doubting whether the Swanage Railway Project would ever achieve its aims in the early 1980s – summed up the first day of steam trains to Corfe Castle.

Speaking under the station canopy before a packed platform of passengers and Swanage Railway volunteers, Mrs Wheeldon described the start of operations of the two and a half mile, £360,000 extension of the Purbeck Line to Corfe Castle and Norden as "one of the most wonderful things that has happened to Swanage for many years.

Her voice sometimes wavering with emotion, the Mayor of Swanage paid tribute to "the wonderful people who have made this possible."

She continued: "This Railway is a wonderful thing and today is a wonderful day for Swanage, Corfe Castle and Purbeck. I always say that if you really want something, you fight for it and in the end you get it.

"Never forget that this is a wonderful day for Swanage, for Corfe Castle and for the Swanage Railway because you were never ever beaten and that's what it's all about. That's what makes us a wonderful country," she added.

Mrs Wheeldon said: "I'm sure that they are looking down and saying 'This is what I gave part of my life for – this is what I helped to make possible. In our hearts, we know in spirit that they are here with us today so we will never forget them."

With packed trains disgorging their passengers on to the platform, you could not wipe the Cheshire Cat grin off the face of Swanage Railway volunteer Geoff Neale as he put in place Corfe Castle station's new Southern Railway-style lamp stand totems.

Unrebuilt Battle of Britain class Bulleid Pacific No. 34072 '257 Squadron' from the mid-1940s was at the head of the first Norden to Corfe Castle and Swanage train with veteran British Rail driver Stan Symes at the controls and Bob Budden as his fireman.

The third locomotive crew involved in hauling trains to Corfe Castle and Norden on that first historic day 20 years ago – during the afternoon – were driver Stuart Vousden and fireman Geoff Carter on Victorian-designed M7 tank locomotive No. 30053.

The extension of the Swanage Railway the two and a half miles from Harman's Cross to Corfe Castle and Swanage took seven years of hard work.

In the words of Bill Trite, chairman of the then Southern Steam Trust – precursor to the Swanage Railway Trust – on that hot summer day 20 years ago: "This has been a collective effort on behalf of very many people over many years.

"It has all come together in the last few weeks but that does not happen without years and years of unstinting effort and largely unsung work," he added.

The rebuilding of the Swanage Railway may have taken longer than expected but it has been sound, steady progress – the line opening to the one-mile point at Herston in 1984, the one and a half mile point to New Barn in 1987 and the three-mile point at Harman's Cross in 1989.