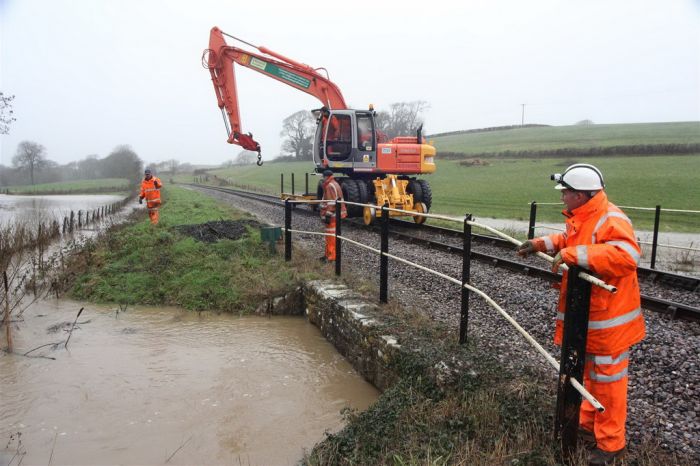 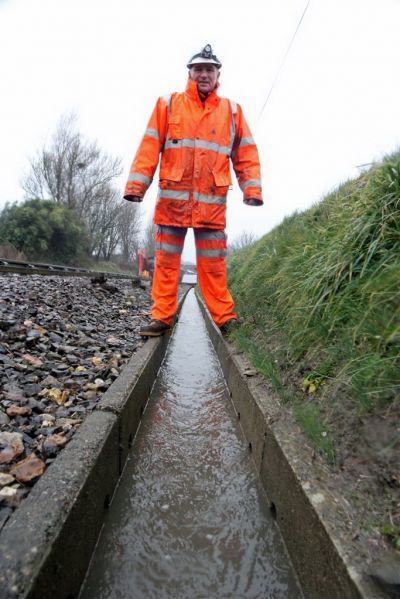 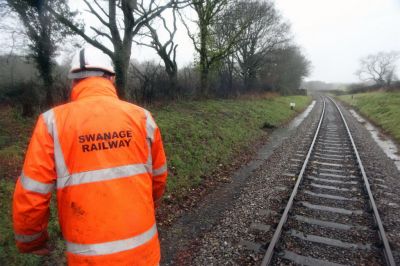 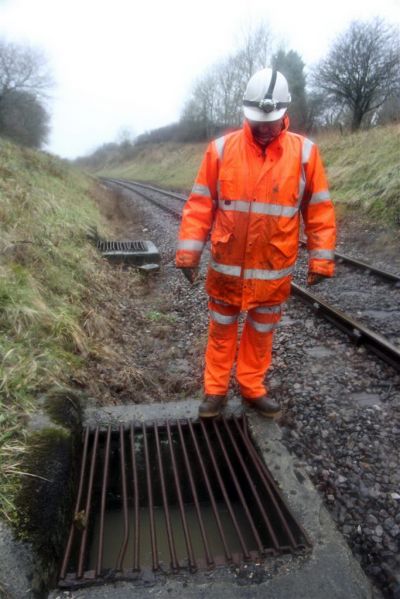 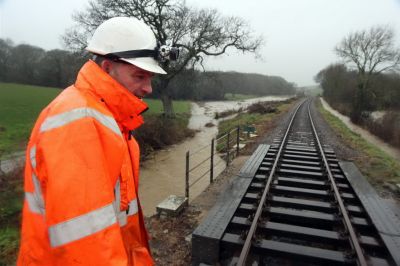 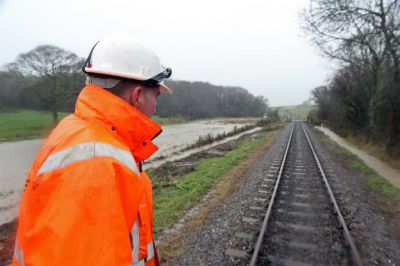 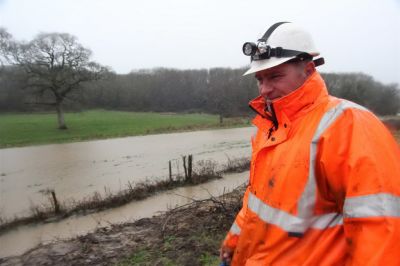 A sustained push to keep lineside drainage systems clear and working efficiently is keeping the steam trains running through the Isle of Purbeck during the current spate of unusually wet and stormy weather.

Despite far greater volumes of rain and surface water than normally experienced at this time of year, the Swanage Railway's six-mile relaid line has not suffered any instances of flooding over recent months - and no trees have been blown on to the railway line.

Swanage Railway General Manager Richard Jones said: "The Swanage Railway is open for business - despite the very unusual wet and stormy weather that has been hitting the Isle of Purbeck - and our steam trains are heated with steam from the locomotive so it's nice and cosy.

"Giving unlimited train travel on the day of issue, our new Freedom of the Line ticket gives passengers - including families - the flexibility to enjoy all that the Swanage Railway offers no matter what the weather," he added.

Steam trains are running daily between Norden Park & Ride, Corfe Castle and Swanage throughout half-term week, to Sunday, 23 February, 2014, inclusive - and then every weekend until the start of daily running on Saturday, 1 March, 2014.

Mr Jones explained: "Over the past couple of years, we have made the clearing of drains, drainage culverts and ditches - as well as under bridges - a priority to ensure the steam trains keep running and that our trackbed and its embankments are not damaged.

"That vigilance and forward planning over recent years has paid dividends because we have not suffered any instances of flooding over the past couple of months and no trees have been blown on to the railway line.

"In looking after the tracks, the drainage system and the embankments, our permanent way department has been doing a sterling job in making sure that the trains can still run and run safely.

"The Swanage Railway has a lot to offer the visitor in wet weather from the comfort of a railway carriage and the beautiful views of the Isle of Purbeck can still be enjoyed through the window - not to mention the nostalgic and atmospheric sight, smell and sound of the steam locomotive," he added.

In early 2013, the Swanage Railway carried out major £100,000 drainage system replacement work at Swanage station - the first time such extensive work had been carried out at the low-lying Victorian terminus since the steam days of British Railways some 50 years ago.

The eight-week work involved lifting the railway tracks, digging out the clay underneath to a depth of up to six feet - together with the old post-war drainage system - and laying a new drainage system made of modern and more effective and efficient materials.

Richard Jones added: "It's very important that people stay safe when travelling to and from the Swanage Railway and visitors should always take notice of any advice that may be given to the public by the emergency services in times of very wet and stormy weather."

Swanage has avoided being flooded by the recent weeks of unprecedented rain thanks to a multi-million flood alleviation scheme - with large holding ponds next to the Swanage Railway's Herston Halt on the outskirts of the town - built after a severe one in a hundred years flood in 1990.