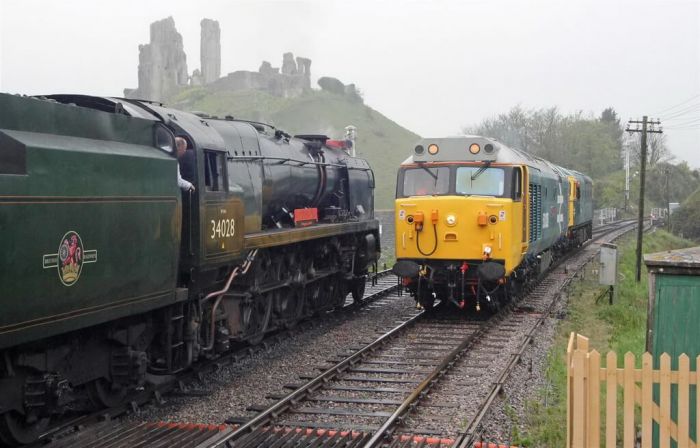 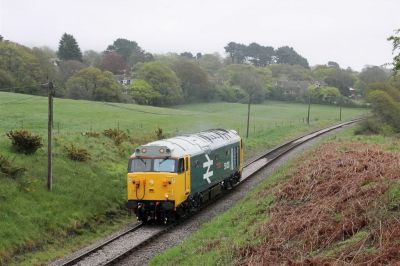 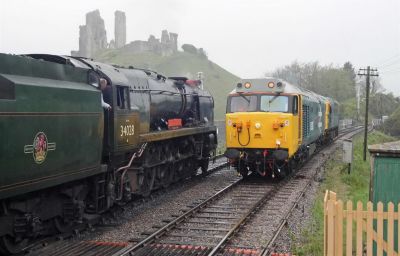 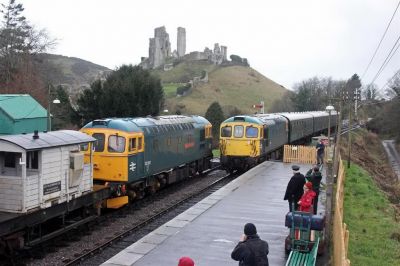 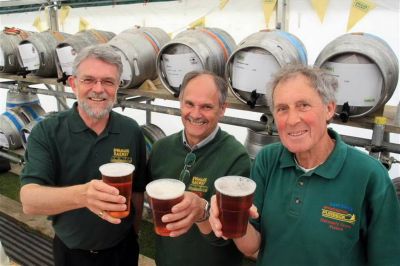 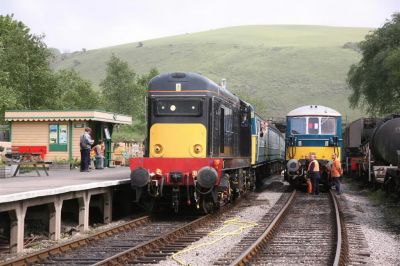 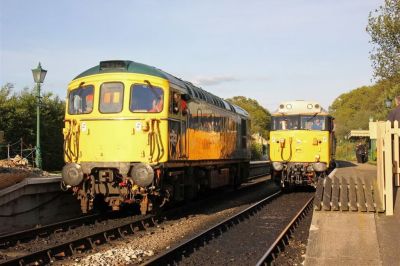 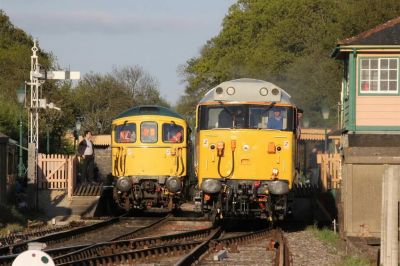 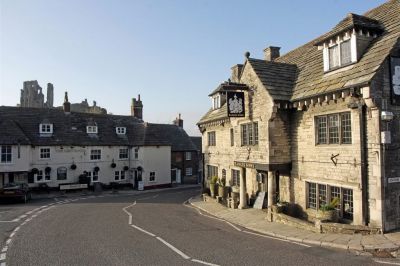 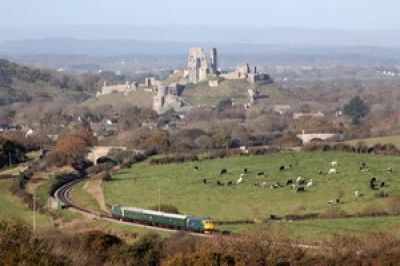 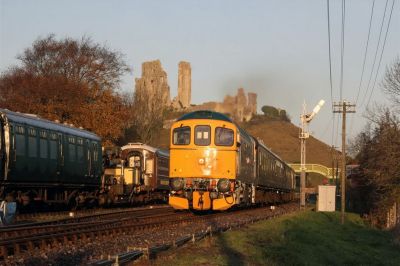 Trains on the Waterloo to Salisbury and Exeter line, from the 1960s to the 1980s, are to be re-created on the Swanage Railway on Thursday 8th May as the opening to this years Diesel Gala and Dorset Beer Festival.

The 'Day on the Mule' event celebrates the London to Exeter route and will feature mainline traction linked this route throughout the decades including visiting loco Class 50 , 50026 'Indomitable', a South West Trains Class 159 plus Swanage Railway based Class 33, 33 111 working in push pull mode with London Underground's 4TC unit, both operating alongside steam-hauled trains operating the Railways intensive 'Blue' timetable.

With the kind of assistance of South West Trains and UK Railtours, an additional rail tour will be running from Salisbury to Swanage - 'The Swanage Lifeboatman' will travel via Romsey, Southampton, Bournemouth and Poole - in aid of the RNLI's £200,000 Swanage lifeboat station appeal, which is the Swanage Railway chosen charity for this years Diesel Gala. The charter train will run on 8th May from Salisbury, formed of a 3 car Class 159 unit with charter tickets valid for free travel on the Swanage Railway for the day, returning to Salisbury after a 5 hour (approx) stay.

All bookings for this tour should be made via UK Railtours here.

With great delight, the Swanage Railway are pleased to announce additionally the book launch of Ian Allan books 'Network South East Days' by Chris Green, the former General Manager of Network South East. Chris Green will be undertaking book signings at various times during the day to launch his new publication at Swanage Station.

The three-day Diesel Gala will see an intensive three-train service operate between Norden Park & Ride, Corfe Castle, Harman's Cross and Swanage from 8am to 12 midnight on the Friday and Saturday - and from 8am to 7pm on the Sunday.

The visiting line up has now been finalised with the welcome additions of the National Railway Museum's Class 37 - D6700 and Class 55 - 55002 "King's Own Yorkshire Light Infantry" plus traction from GBRf.

The final line up ( all subject to availability )

With an additional surprise locomotive - Courtesy of GBRf

Along with Dorset Beer Festival being held at the adjacent Bankes Arms at Corfe Castle, 50026 and the National Railway Museums Prototype HST Powercar number 41001 (courtesy of Project Miller) will also be on display at Corfe Castle station and available for cab visits during the gala weekend.

Due to popular demand Glastonbury Ales will be producing a re-run of 'Old Pusher' ale which will again be available during the gala, alongside 'Regulator' and new brew 'Sea Cider' Cider.

Diesel driver experience courses will be in operation during the Gala from Norden using a Class 20, supplied courtesy of the Class Twenty Locomotives Limited. The '20 for £20' driver experiences will operate on the one-mile stretch of rarely used line between Norden and the boundary with the national railway network at Motala. All bookings for these courses should contact the Swanage Railway ( 01929 475207 )

Before and after the Diesel Gala, driver experience courses will be in operation using visiting Locos ,Class 50 ,50026 'Indomitable' plus the National Railway Museums Class 37, D6700 and Class 55, 55002 "King's Own Yorkshire Light Infantry" over various days, further details of the courses are available on the Swanage Railway website.

This year's Diesel Gala supported charity is the RNLI's £200,000 Swanage lifeboat station appeal for a new lifeboat and Lifeboat station. A "D Class" lifeboat will be on display at Corfe Castle during the Friday and Saturday, then will move to Harmans Cross where it will be an attraction at the RNLI's fun day on Sunday 11th May.

The second 'Purbeck Explorer 2' tour will depart Swanage late afternoon on Sunday 11th May returning to Basingstoke (approx. 20:00) and then setting down at Reading General (20:35), Ealing Broadway (21:15) then via Neasden Curve and Wembley Stadium to West Ruislip (approx. 21:50). Single (one-way) ticket prices are available at £34.50 per person to any of the stated destinations.

For all further information on proposed timings and pick up and set down points on the Purbeck Explorers, along with details on the seating arrangements, plus seat reservations please visit the Swanage Railways website. Both of these charters will have limited seating availability so and demand will be is likely high, so advance reservation is highly recommend.

PLEASE NOTE - CURRENTLY YOU ARE ONLY ABLE TO APPLY FOR TICKETS, WITH PAYMENT, PENDING CONFIRMATION OF THE TWO 'PURBECK EXPLORERS'.