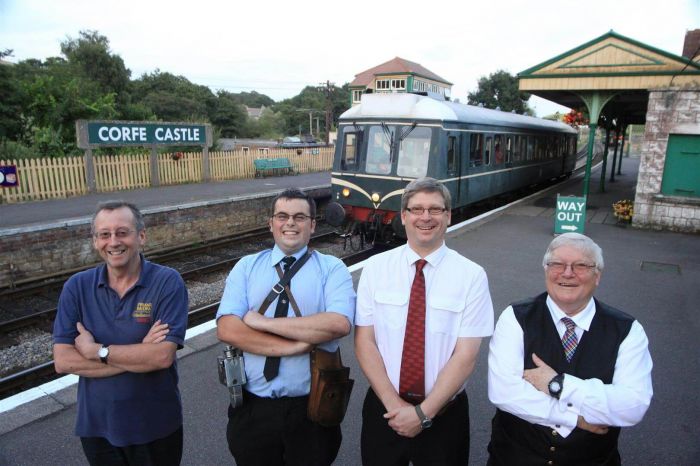 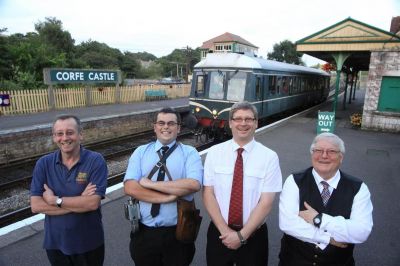 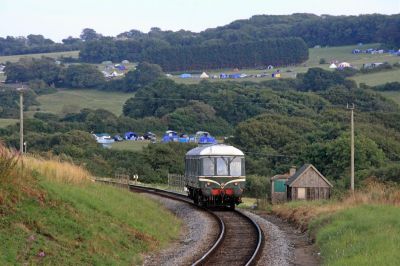 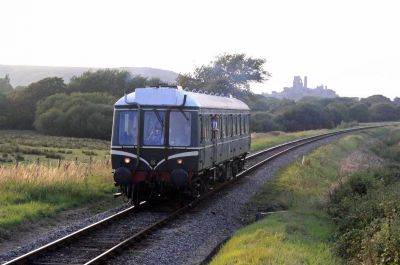 Dedicated Swanage Railway volunteers have started their annual summer evening diesel train service so that visitors do not have to take to their cars to enjoy evenings out in Corfe Castle and Swanage.

The first two trains in the evening – the 6.10pm and 7.10pm from Swanage – run as far as Norden Park & Ride station where the 350-space Purbeck District Council car park shuts at 8pm.

The remaining two trains – the 8.10pm and the 9.50pm from Swanage – run to Corfe Castle and then on request to Norden station for foot passengers, such as campers, who have not left their vehicles in the car park.

Unlimited evening travel on the 'Sunset Diesel Shuttle' from 6pm is £3.50 for adults, £2 for children aged three to 15 inclusive and £10 for a family of two adults and up to three children.

Swanage Railway General Manager Richard Jones said: "Our convenient 'Sunset Diesel Shuttle' enables visitors staying in the Swanage, Herston, Harman's Cross, Corfe Castle and Norden areas let the train take the strain out of an evening out by not having to take to their cars.

"And passengers with Swanage Railway daytime Freedom of the Line tickets can travel on the evening diesel train service for free," he added.

Richard explained: "With its picture windows – and views out through the front and the rear of the train – our 1960s heritage diesel rail bus offers a grandstand view of the beautiful Purbeck countryside in the evening.

"This service is provided for the benefit of the large numbers of visitors staying at camping and caravan sites between Swanage and Corfe Castle – enabling them to conveniently travel to pubs and restaurants, as well as other venues, in Corfe Castle and Swanage," he added.

The heritage rail bus being used for the evening train service is a one-carriage Class 121 'Bubble Car' diesel multiple unit No. 55028 built for British Railways during 1960.

So named because of their windows all the way round the unit, such 'Bubble Car' trains used to run on two dying Dorset branch lines – the railway to Lyme Regis during the mid-1960s and the Bridport branch in the mid-1970s.

New volunteers in many roles are always welcomed by the Swanage Railway with full training being given. For an informal chat – and to find out more – contact volunteer co-ordinator Mike Whitwam on 01929 475212 or email '[email protected]'.

Visit swanagerailway.co.uk – or pick up at leaflet at stations – for details of exclusive deals for 'Sunset Diesel Shuttle' passengers at some pubs and restaurants in Swanage and Corfe Castle.