TRAVEL BY STEAM TRAIN TO MAJOR PURBECK FUND-RAISING EVENT – AND ONLY PAY HALF THE NORMAL ADMISSION PRICE! 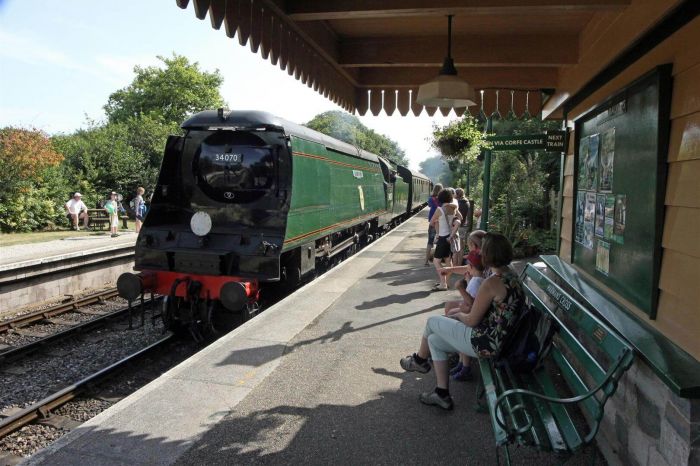 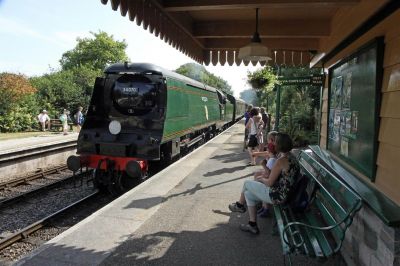 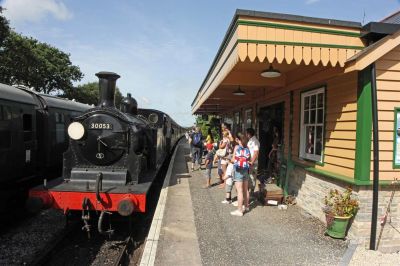 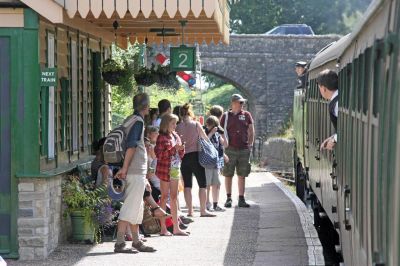 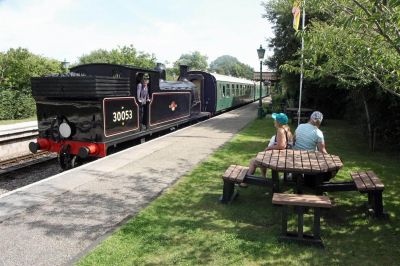 Visitors to an annual Purbeck fund-raising event staged for more than 60 years are being invited to leave their cars and take the steam train – paying half the admission price to the traditional village fete while also reducing traffic congestion and the hassles of car parking.

Located between Corfe Castle and Swanage, the traditional afternoon Harman's Cross country fete, flower show and gymkhana takes place at the village hall, next to the railway station, on Bank Holiday Monday, 31 August, 2015, from 12 noon until 5pm.

And, this year, a percentage of the event's raffle draw is going to the Julia's House children's hospice at Broadstone near Poole.

Attracting 2,500 visitors, the fete, flower and gymkhana has been staged since the early 1950s by dedicated local people.

The horseshow and gymkhana part of the event takes place on the opposite side of the Swanage Railway's Harman's Cross station in Haycraft's Lane from the village hall and begins at 9am on Bank Holiday Monday, 31 August, 2015.

Visitors to the fund-raising community event who travel by steam train from Norden Park & Ride, Corfe Castle, Herston Halt or Swanage – and present a valid rail ticket – pay just 50 pence for an entry ticket, compared with the normal admission price of £1.

A highlight of the Purbeck social calendar, the traditional country fete, flower show and gymkhana has more than 18 attractions to delight and fascinate young and old alike.

Raising between £8,000 and £10,000 each year, proceeds from this year's Harman's Cross country fete, flower show and gymkhana are going towards the upkeep and general maintenance of the hall and its extensive grounds.

Swanage Railway General Manager Matt Green said: "Travelling by steam train to the event from Norden Park & Ride, Corfe Castle, Herston Halt  or  Swanage  is  the  perfect  way  to  reach  the  typical  English country summer fete because Harman's Cross station is next to the village hall.

"The Harman's Cross Field Day is the perfect English summer day out and what better way to get there than on a typical English steam train.

"The award-winning Swanage Railway is not just a tourist attraction, it is also a people mover and a way of taking cars off the road, reducing traffic congestion and eliminating the hassle of car parking," explained Mr Green.

Created from nothing by dedicated Swanage Railway volunteers during 1988, Harman's Cross station was the first new station to be built in Dorset for more than 50 years and accepted its first train during December, 1988.

It was officially opened by British Rail's Southern Region General Manager Gordon Pettitt during a special ceremony in March, 1989.

Thanks to a strong support group of local people, the station has since been developed and improved with the addition of a station building, waiting shelter and signal box.

There was never a station at Harman's Cross during the days of the British Rail branch line from Wareham to Corfe Castle and Swanage which opened in May, 1885, and closed in January, 1972.