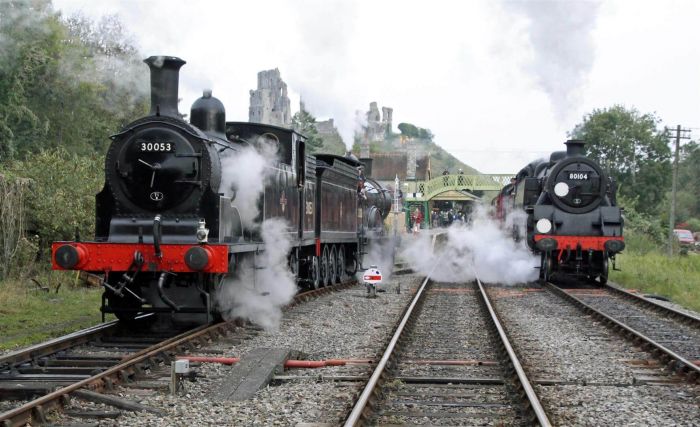 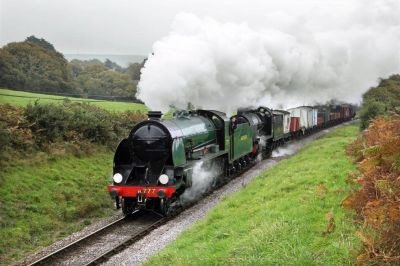 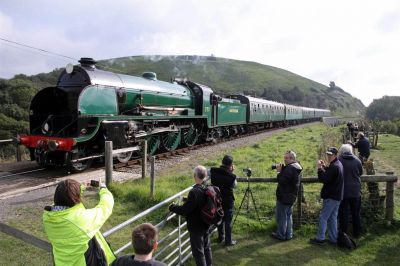 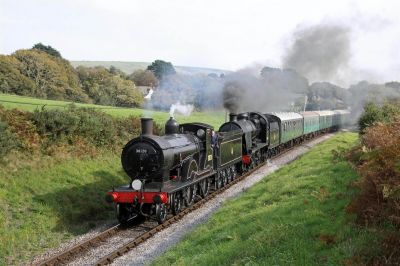 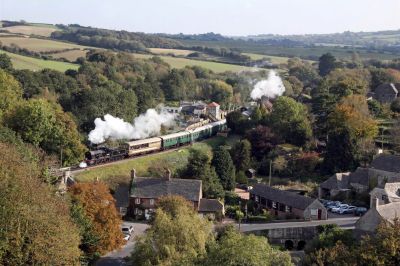 Six locomotives in action – spanning more than half a century of engineering development – have made the Swanage Railway's three-day Autumn Steam Gala an unforgettable experience for both the public and enthusiasts alike.

And the star of the show was classic and majestic Southern Railway N15 King Arthur class locomotive No. 777 'Sir Lamiel' built in 1925.

There was a frequent train service between Norden, Corfe Castle, Harman's Cross and Swanage as well as nostalgic goods trains re-creating the everyday railway scene from yesteryear.

It was the first time that No. 777 'Sir Lamiel' visited the Swanage Railway in more than five years.

Swanage Railway General Manager Matt Green said: "I would like to thank everyone who worked so very hard to plan and stage this year's three-day Autumn Steam Gala. It was a wonderful event.

"It was really great to see 'Sir Lamiel' back at Swanage and everyone enjoyed welcoming the classic locomotive back to the Isle of Purbeck.

"No. 777 was a very impressive machine and it ran flawlessly – like a finely oiled sewing machine.

"I would also like to thank the National Railway Museum and the 5305 Locomotive Association for agreeing to 'Sir Lamiel' visiting the Swanage Railway.

"Our Autumn Steam Gala was an event not to be missed with six locomotives spanning more than half a century of engineering development hauling trains from Norden to Corfe Castle, Harman's Cross and Swanage.