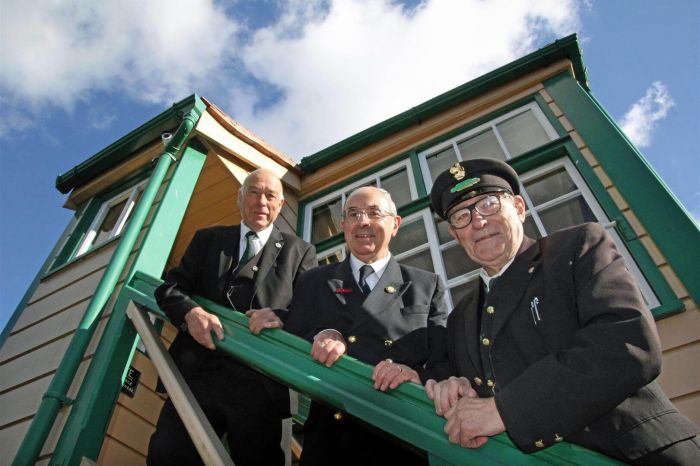 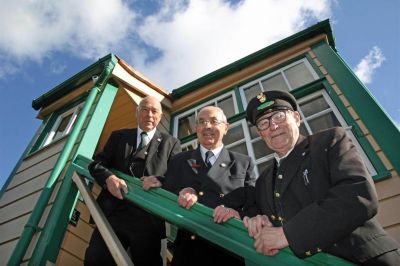 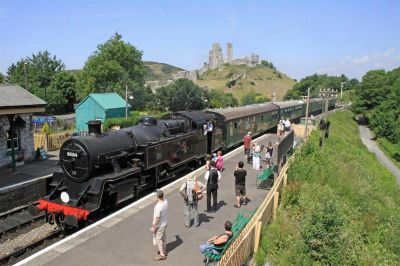 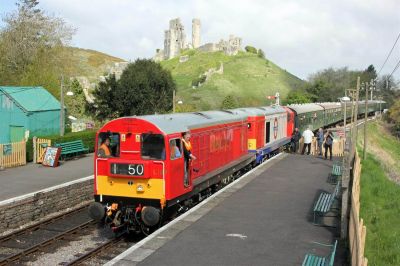 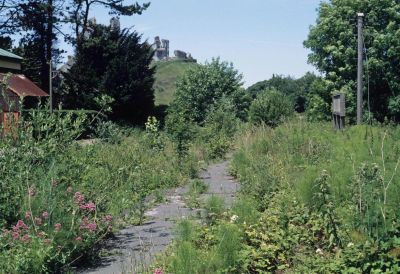 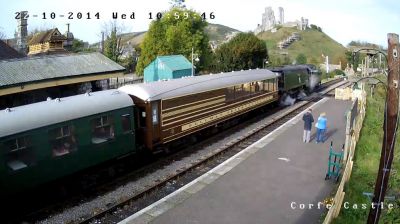 Anywhere in the world and at any time, the public can now enjoy breath-taking views of Corfe Castle's historic Mediaeval ruins – thanks to a new Internet webcam installed at the picture postcard village's restored Victorian station.

Previously, one of the best bird's eye views of an iconic historical landmark anywhere in the country could only be enjoyed by a signalman on duty in his tall signal box as he ensures that steam trains run safely and on time.

But, the installation of the Internet webcam on the top of the award-winning rebuilt Corfe Castle signal box now means that the public can enjoy the stunning view of the Medieval castle ruins from home or while on the move.

The real time footage from the signalman's view webcam can be accessed via the Swanage Railway's website at http://www.swanagerailway.co.uk/corfe-castle

Located in Dorset's beautiful Isle of Purbeck – a protected Area of Outstanding Natural Beauty – the new webcam was the idea of John Hallett who regularly travels the 86 miles from his home in south Devon to volunteer as a porter at Corfe Castle station.

The cost of obtaining, setting up and maintaining the new webcam has been covered by RailCam.org.uk, a not for profit group relying on public donations to set up and maintain webcams on railways around the country for enthusiasts and the general public to watch.

John Hallett said: "A webcam is a wonderful way for the Swanage Railway to engage with the public and enable everyone to enjoy the beauty of Corfe Castle station, and the historic Medieval ruins, at any time of the day and at any time of the year.

"Restored from a disused and boarded up condition back in the early 1980s, Corfe Castle station is one of the most picturesque stations anywhere in the country with the dramatic castle ruins in the background and train movements in the foreground.

"The signalman's view is enthralling and gives a new perspective on the Swanage Railway. The  webcam  footage   will   be   of   interest  not  just  to enthusiasts but the general public too because they can easily see what trains are running," explained John, whose father – Eric S. Hallett – wrote for Rail and Travel Monthly and the Railway Magazine before the First World War.

Swanage Railway General Manager Richard Jones said:"The new webcam on the roof of the signal box at Corfe Castle station is a marvellous idea and I would like to thank John Hallett for seeing the opportunity and coming up with the idea.

"While similar webcams on other preserved railways feature a series of updated stills, our new signalman's view webcam features real time footage of the station and passing steam trains with the castle ruins behind.

"I am sure that the footage will be of interest to many people around the country and indeed the world. If they're not interested in our steam and diesel trains, they will marvel at the view of the historic castle ruins at any time of the day and through the changing seasons," explained Mr Jones.

A royal palace, fortress and prison for more than 600 years, the earliest part of Corfe Castle dates from the 10th century.

A Royalist stronghold, the imposing castle fell to treachery in a siege during the Civil War of the mid-17th Century and the ruins are the result of a year's worth of demolition by Parliamentary forces.