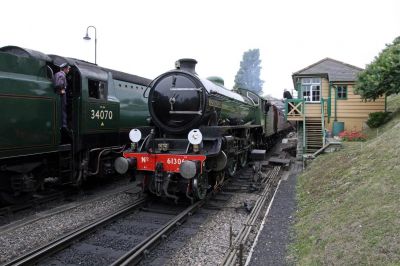 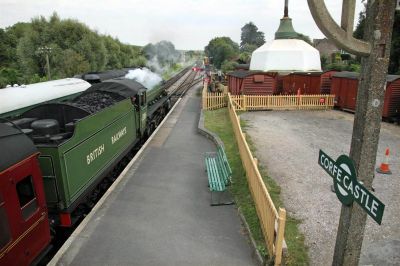 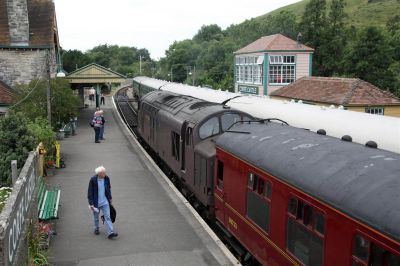 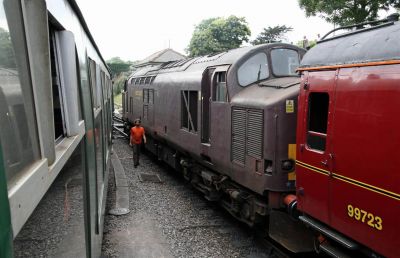 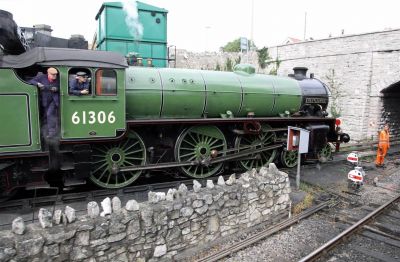 History has been made with the first ex-London and North Eastern Railway B1 class steam locomotive running on the Swanage Railway – at the head of a special excursion train from London's Victoria station.

The ten-coach special train left London's Victoria station at 8.45am and ran down to Corfe Castle and Swanage via Southampton – arriving by the sea just after 2pm.

Leaving Swanage just after 5pm after three hours in the seaside town – and with the Class 37 leading – the 'Swanage Belle' returned to the Capital via Romsey, Salisbury and Basingstoke.

No. 61306 is named after the historic ship that carried pilgrims from Plymouth to what would later become the United States of America – where the English separatists became the first settlers and the founding fathers of the U.S.A.

The Thompson-class B1 was built in Scotland during 1948 by the North British Locomotive Company, to a London and North Eastern Railway design – being delivered to the then new British Railways.

No. 61306 was first allocated to the Hull Botanic Gardens shed at Kingston-upon-Hull before being transferred to the Hull Dairycotes shed in 1959.

Luckily, the locomotive was purchased for preservation at Steamtown in Carnforth, Lancashire, where it was painted in the L.N.E.R.'s apple green livery and given the name 'Mayflower'.

No. 61306 spent the late 1970s and 1980s on the Great Central Railway in Leicestershire before being taken out of service for a major ten-year overhaul in 1989.

There then followed a spell on the Nene Valley Railway at Peterborough until 2006 when the locomotive was moved to Washwood Heath, in Birmingham, for a heavy engineering overhaul from which it emerged in 2012.

Seventy-two tons in weight and fitted with Walschaerts valve gear, the 4-6-0 wheel arrangement  B1s were designed by Richard Thompson as a medium-powered mixed traffic locomotive for the London and North Eastern Railway.

Being cheap to build because of the shortages of the Second World War – the first of the class was built during 1942 – the design of the B1s made extensive use of welding rather than steel castings.

The new locomotives were the L.N.E.R. equivalents of the London, Midland and Scottish Black Five and the Great Western Railway Hall class locomotives.

The Thompson B1s were put to work in the Humberside area, West Yorkshire and Scotland. The locomotives were withdrawn by British Railways between 1962 and 1967 – 64 being withdrawn during 1966.

Some crews referred to the locomotives as 'Bongos' because B1 No. 8306 was named 'Bongo' after an African antelope.