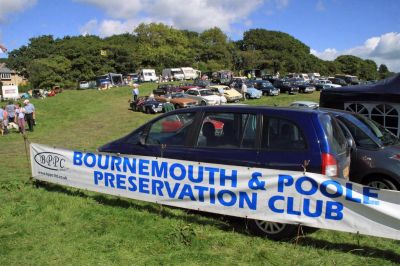 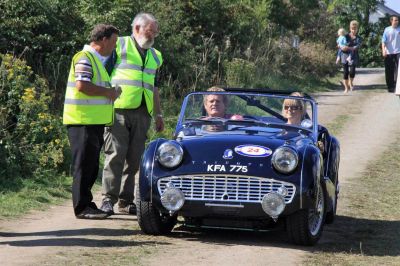 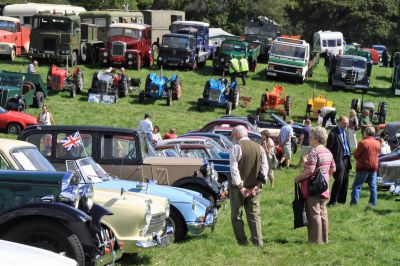 Three days of transport nostalgia comes to Harman's Cross this weekend when an annual Purbeck rally of classic two and four-wheel vehicles bursts into life – with free admission being given to train passengers purchasing Rover tickets.

More than 300 exhibits are set to be featured in the popular yesteryear event next to Harman's Cross station in Haycraft's Lane – between Corfe Castle and Swanage – from Friday, 11 September, through to Sunday, 13 September, 2015, inclusive.

Open to the public between 9am and 5pm daily, there will be vintage and classic vehicles, motorcycles, tractors, commercial vehicles, stationary engines, stalls and refreshments.

The annual event, opposite Harman's Cross village hall, is being staged by dedicated volunteers from the Bournemouth and Poole Preservation Club.

Steam trains will be running an intensive service between Norden, Corfe Castle, Harman's Cross and Swanage from 10am to 6.15pm on all three days – with evening diesel shuttle trains running on the Friday and Saturday from 6.44pm to 10.45pm.

Swanage Railway General Manager Matt Green said: "Conveniently located next to Harman's Cross station, the annual transport rally is a really great day out for both the family and the enthusiast alike.

"It's so easy – just park in the Purbeck District Council 350-space car park next to Norden station, off the A351 Wareham to Corfe Castle road, and hop on the train for Corfe Castle, Harman's Cross, Herston and Swanage.

"There will be more than 300 fascinating exhibits on show – from classic cars, lorries and motorcycles through to traction engines, tractors, stationary engines, stalls and refreshments.

"I would like to say a very big thank you to everyone whose hard work and commitment enables this event – popular with young and old alike – to take place.

"We will be operating an intensive timetable of trains on all three days with steam haulage during the day and diesel shuttle trains on the Friday and Saturday evenings.

"Some of our trains will include a classic Southern Railway 1940s Bulleid carriage which transports you back to the heyday of steam train travel with their rich wooden panelling, shiny chrome handles and luggage racks as well as luxurious moquette upholstery on the seats," explained Mr Green.

An on-train bar service will be operating on the Friday and Saturday 7.45pm and 9.15pm evening trains from Swanage which depart Norden for the return trip at 8.30pm and 10pm.

The last evening train on the Friday and Saturday departs Swanage station for Norden at 10.45pm while the last departure from Norden back to Swanage is at 11.15pm.

Evening Rover tickets are £5 for adults, £3.50 for children aged three to 15 and £15 for a family of two adults and up to three children.

The last train for the Purbeck District Council park and ride car park, next to Norden station, leaves Swanage station at 10.45pm on the Friday and Saturday and 6.15pm on the Sunday.

Normal single and return train tickets are available with Freedom of the Line tickets being suspended for the duration of the transport rally.

Swanage Railway train times, fares and special event details are available at www.swanagerailway.co.uk or by calling 01929 425800.