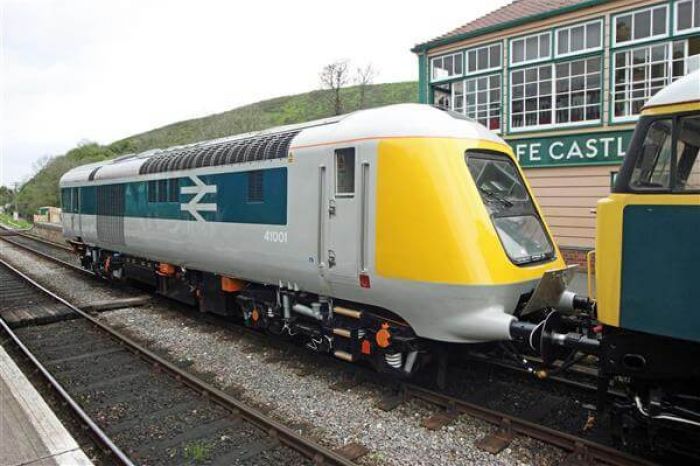 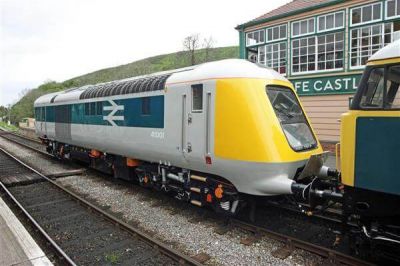 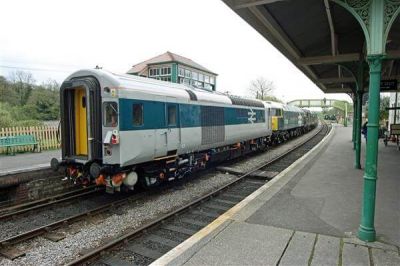 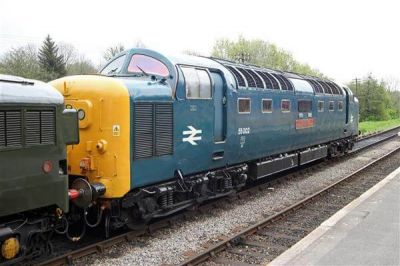 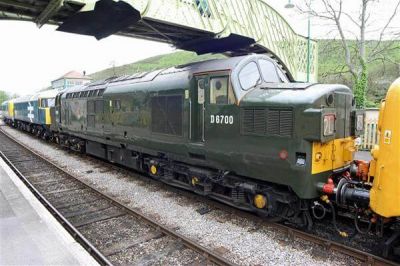 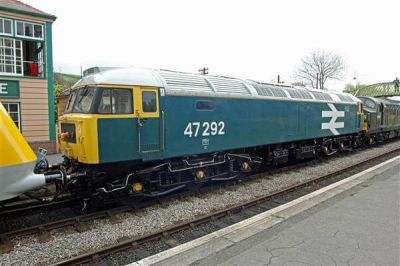 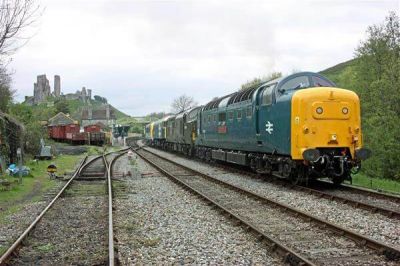 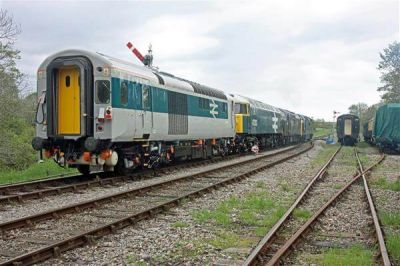 The historic railway relic from 43 years ago was in the first convoy of diesel locomotives that arrived on the Purbeck line at teatime on Friday, 2 May, 2014, ahead of the popular event.

Subject to availability, nine main line heritage diesel locomotives from the 1960s will be taking part in the popular event – including six locomotives from various parts of the country, two of them from the National Railway Museum in York.

Now in its ninth year, the diesel gala and beer festival takes to the rails in the Isle of Purbeck from Friday, 9 May, to Sunday, 11 May, 2014, inclusive.

Dating from June, 1972 – the month the Swanage Railway Society was formed ahead of tracklifting operations starting between Swanage and Furzebrook – high speed train power car No. 41 001, owned by the National Railway Museum, will be on display at Corfe Castle station for cab visits, courtesy of Project Miller.

The diesel gala's associated Dorset Beer Festival takes place at the Bankes Arms pub in Corfe Castle which overlooks the village square and is off the approach road to Corfe Castle station.  Organised by the Bankes Arms, the beer festival will feature a wide variety of local beers and ciders.

Subject to availability, the final line up for the Diesel Gala is.

There will also be a additional surprise visiting diesel locomotive courtesy of GB Railfreight.

Class 50 No. 50026 'Indomitable' will also be on display at Corfe Castle during the three-day event and available for cab visits.

Swanage Railway General Manager Richard Jones said: "Due to popular demand, Glastonbury Ales will be producing a re-run of its 'Old Pusher' ale which, like last year, will be available during the Gala, alongside 'Regulator' and new brew 'Sea Cider' cider.

"I would like to thank all the volunteers who have been involved in the detailed planning and preparation for this year's diesel gala and beer festival because it is set to be another cracking event with something of interest to everyone," he added.

The diesel gala will see an intensive three-train service operate between Norden Park & Ride, Corfe Castle, Harman's Cross and Swanage from 8am to 12 midnight on the Friday and Saturday – and from 8am to 7pm on the Sunday.

This year's diesel gala supported charity is the RNLI's £200,000 Swanage lifeboat station appeal – which is raising funds for a new lifeboat station for the seaside town – and a Class D lifeboat will be on display at Corfe Castle station on the Saturday of the diesel gala.