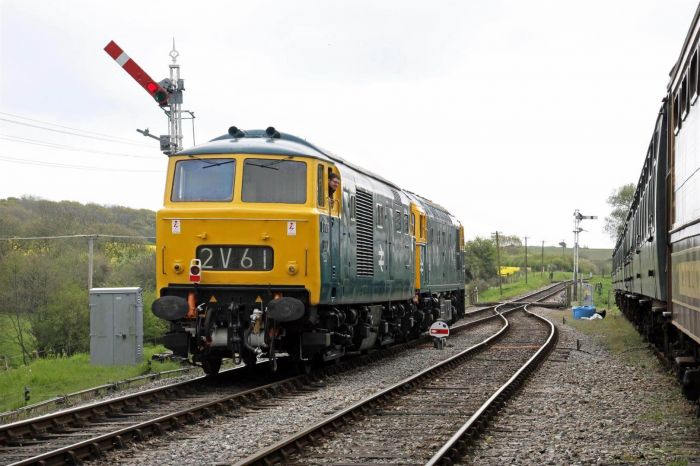 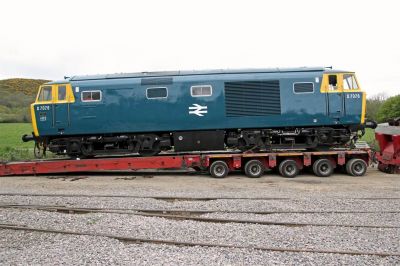 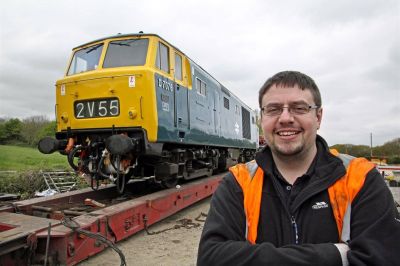 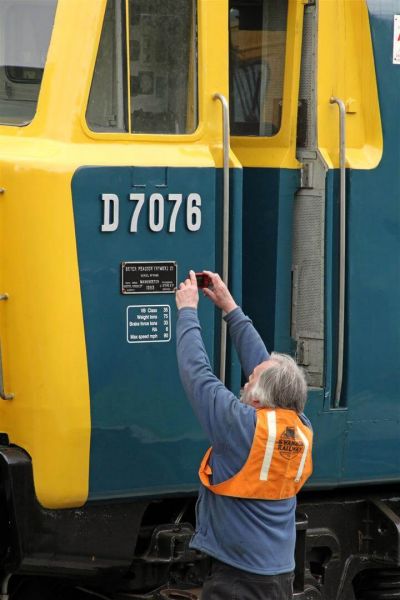 A classic 1960s British Railways main line express locomotive – dating from the year of the Great Train Robbery and the killing of American President John F. Kennedy – has arrived on the Swanage Railway to make history during its annual three-day diesel gala and beer festival.

Sister locomotives of Class 35 'Hymek' No. D7076 headed trains from the midlands to Poole and Weymouth during the 1960s, as well as hauling track-lifting trains on the much-loved Somerset and Dorset main line that ran between Bournemouth, Blandford Forum, Templecombe and Bath.

Built in Manchester by Beyer Peacock in 1963 with a top speed of 90 mph and a weight of 75 tonnes, it will be the first time that a main line express 'Hymek' diesel locomotive has hauled trains on the Swanage Railway – both in preservation and during the British Railways days of the 1960s.

Now in its tenth year, the Swanage Railway Diesel Gala and Dorset Beer Festival runs from Friday, 8 May, through to Sunday, 10 May, 2015, with a 'Go West' diesel gala preview day taking place on Thursday, 7 May, 2015.

Dedicated Swanage Railway volunteer Dan Bennett is a member of the diesel gala organising committee: "It's wonderful to see the 'Hymek' arrive on the Swanage Railway because it's such a classic locomotive that sums up so much of the English railway scene during the 1960s and early 1970s.

"The 'Hymek's saddest duties were to haul heavy track-lifting trains on the old Somerset and Dorset line from Blandford Forum to Bath between 1967 and 1969 – hauling long rakes of wagons carrying metal rails, track chairs and wooden sleepers," added Dan who lives in Wareham.

The Diesel Gala will see an intensive three-train service operate between Norden Park & Ride, Corfe Castle, Harman's Cross and Swanage from 8am to 12 midnight on the Friday and Saturday and from 8am to 7pm on the Sunday.

The Swanage Railway's British Rail blue Southern Region Class 33 diesel locomotives also will be appearing – No. 33 111 and No. 33 201 – will also be appearing, subject to availability.

Next to Norden station, the award-winning Purbeck Mineral and Mining Museum will be open on the Saturday and Sunday. The goods shed museum, exhibition and cinema coach at Corfe Castle station will be open throughout the gala with trade and enthusiast stands at Corfe Castle and Swanage stations.

'Beerex' and Wessex Belle 'Bistro’ dining train services will also be operating on the Friday and Saturday evenings. Advance booking for the Bistro trains is essential.