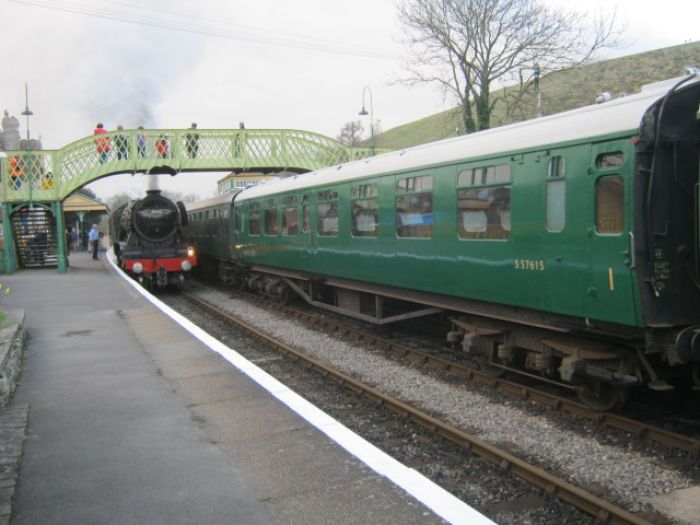 5761 was built by the Southern Railway in 1947 and became part of a 3 car set 780.  It was mainly used on services from Waterloo to the West Country.  The set was later disbanded and 5761 became the very last steam hauled Bulleid carriage on the Southern Region when it was withdrawn from service in December 1968.  It was subsequently purchased privately and after having several homes over the next few years, the owner brought it to Swanage where it was restored to service.  It was later subject to a more comprehensive overhaul and remains available for service.   It is hoped that a typical 3 car Bulleid set comprising 5761 along with 4365 and 4366 can be formed once the funds have been raised to restore 4366.