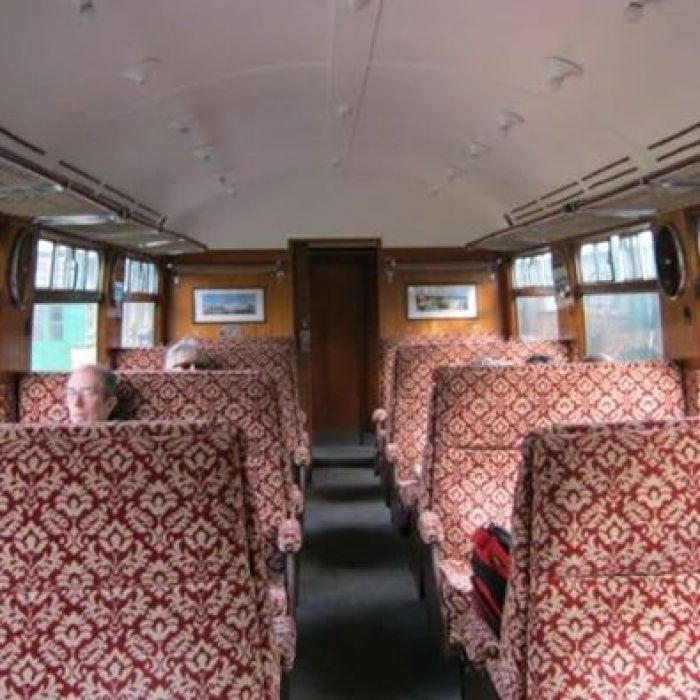 4365 entered service at the very beginning of 1948 as part of a 6 car dining set 298 specifically for use on the Waterloo – Bournemouth service.  There were 11 of these carriage sets and they were set apart from most other Bulleid carriages as they were fitted with skirts over the sole bar and featured more chrome fittings.  It continued to operate many prestigious dining services between Waterloo and Bournemouth until withdrawn in May 1966 when it was sold for scrap, but subsequently it came into the possession of the MOD at Long Marston where there was an extensive rail network.  It later moved to COD Bicester where it was used to ferry staff around the site.  It was no longer required by 1978 and it was purchased by a group of supporters for the Railway.  After some initial restoration it formed the first passenger train on the revived railway and after more restoration it continues to be available for service today.

The Railway is also lucky enough to have sister carriage 4366 in its possession.  This formed the other end of the same 6 car dining set.  Funds are currently being raised for its restoration so it can again be part of a Bulleid set with 4365.