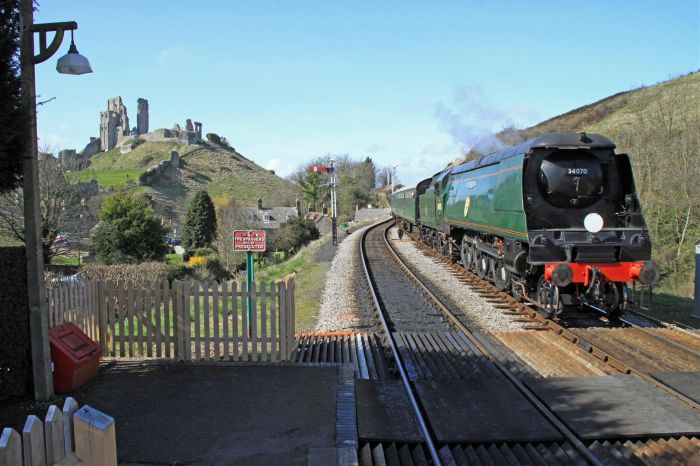 Battle of Britain class 34070 Manston is our second ‘as built’ Bulleid pacific.  Built in 1947 it ran on BR until 1964.  It was purchased by the Manston Locomotive Preservation Society, which subsequently merged with Southern Locomotives Ltd.  It entered service on Swanage Railway in 2008.  It was withdrawn for overhaul in 2017 and returned to Swanage in 2021.  Six such locomotives have been restored, two of which are based at Swanage.